This page lists the Areas in Blazing Beaks.

The first area in the game. Wetland full of plants flourished around the area and butterflies flying around. Various different enemies can be encountered there. Swamp area specifically has unique environment object - spike traps. 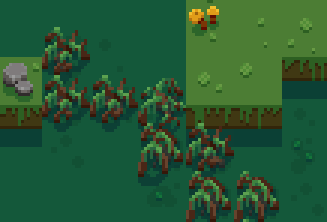 The second level in the game. Spooky and foggy area guarded by various enemies wanting to bury another dead corpse. Skeleton hands popping out of the ground prove how deadly this area is. Has area specific objects - ghost statues. 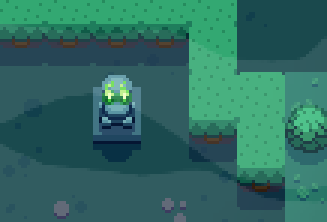 After defeating Graveyard Boss Bogy there are two choices where to go next and Red Forest area is one of them. Calm and mystical forest with birds chirping in the background and red leaves falling from the trees on the ground. It seems that sunlight rays are the only welcomed guests there. Various enemies are ready to fight any invaders. Has area specific objects - spores. 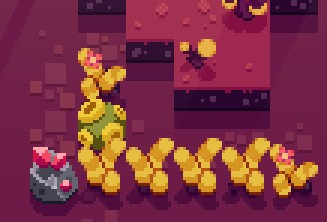 After defeating Graveyard Boss Bogy there are two choices where to go next and Dry Lakes area is one of them. It's very dry and dusty environment where the only signs of water being here are some plants around. Looks like an abandoned area, however, the presence of all liveliness enemies proves that they survived the drought successfully and don't want to let in any other intruders. Has area specific objects - mud puddles. 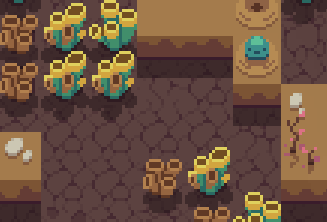 The fifth area in the game. Full of creepy enemies hiding in the darkness. Every visitor should explore it very carefully, because the danger might come from any side unexpectedly. Has area specific objects - boulders. 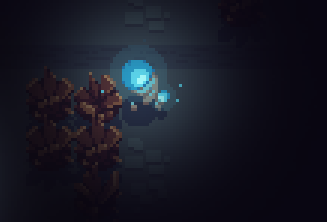 The sixth and final area in the game. Rift is a grim area where dark matter seizes almost every living creature. Roots of evil are near. 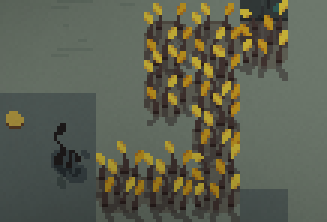